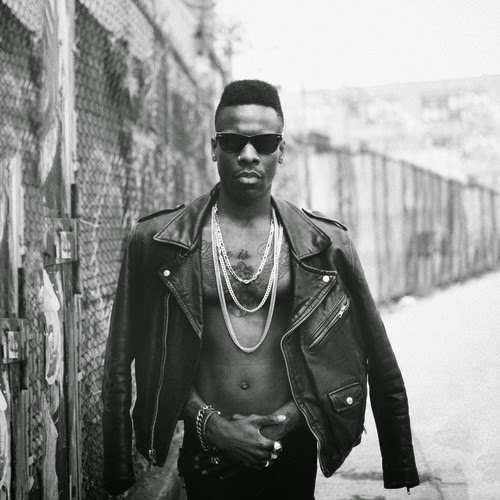 
GBH M : Hi Boulevards! Where does this name come from ?


Boulevards : Boulevards is a word that has always been in my back pocket. I was going to use it for a side project. I just didn’t know when I would use it or not. I thought about it a couple of years ago. It’s just a beautiful word in general. I’ve always liked the way a woman says it as well. I looked up the definition of the word years ago. It’s a lane divided in a highway in large city. Boulevards is me, my lane of music, art, vision.

GBH M : Could you please tell us a little more about yourself ? What did you do before being Boulevards ?


Boulevards : Boulevards has always been in me, I have always been creating music since I was 16. I started writing poems, then I started to study songwriting. I started exploring with rap and singing. I used to record music with a friend of mine when I was a young teen. But I was doing different side projects for years trying to find my sound. Freestyling with friends, joining punk bands trying to find myself as a artist when I was younger. When it came to Boulevards and wanting to create music, Ive just spent days and hours, sometimes 8 to 10 hours or more perfecting my style,sound,craft and studied the great artists I have admired and respected.

GBH M : What are your musical influences and how would you define your music ?


Boulevards : My musical influences are really based on my childhood. My father always played funk and jazz around the house. My father has worked at a radio station for over 20 years. He used to bring home music and I used to just listen to them when I was younger. (I still do as a matter of act) A lot of soulfunk as well. I just started studying the music I wanted to create and modern pop music as well. I really enjoyed artist like Rick James, Prince, James Brown, Funkadelic, Brothers Johnsons, The SOS Band, and few hip hop artists as well.

When it comes to the « sound » of Boulevards. It’s just me. You can call it what you will. It can be pop, funk, electronic or alternative. At the end of the day it’s Boulevards. It’s music you can groove too. I want to take the listener to a place and on a journey when they put there headphones or turn there speakers up. It’s for that woman who has been waiting to wear that favorite dress to show off and celebrate the night and being alive. For that handsome fella who finds the confidence to grab that young woman’s hand to dance the night away, lives in the moment and never see her again. My music isn’t for wallflowers, its to make you move and groove. Simple as a slice of pie !


GBH M : I personally discovered your music with « To Death », a smashing tune! Could you explain the way you’re working ?


GBH M : So far, how many songs have you recorded ?


Boulevards : As far as the songs I’ve recorded I have so many I lost count. I have unreleased material that probably won’t see the light of day. I have notebooks full of songs I have written that I hope one day I can put to use. But the funny thing is when I write a record I like to do everything fresh from scratch and build on sound and ideas. Alot of songs I have written I didn’t even use on the « Ackrylic City » EP. It just all happened organically. Too me music is just ideas turned into sounds, turned into songs and so on.


GBH M : What are your plans for the next months ?


Boulevards : For the next few months I will be spending time getting ready for the « Ackrylic City » LP for sometime next year. Writing that record is my focus. When Im working on a project I like to go into seclusion and write everyday as much as possible, its all about ideas and being inspired and being focused. I also have some other projects that I will be working on while writing that record that I cant really speak about in great detail. I will be playing shows and just keep growing as a artist. Learning and getting better is the goal. This is all just a prelude, the beginning for me hasn’t even started yet!

GBH M : Any word for your french audience ?


Boulevards : For my french audience, I would say im very very greatful for your support and you taking the time to listen to my music. Means so much that you guys or anyone of that matter would listen to my music. I will continue to make music, bring that groove and funk and hope you all can grow with me on this journey.